Merchant’s Arch – The proposed layout would replace the retail units on the right.

MORE THAN 20,000 people have signed an online petition opposing An Bord Pleanála’s approval for a new hotel in Temple Bar’s iconic Merchant’s Arch.

The development will include the demolition of a number of retail units in the aisle at the end of Temple Bar and the construction of a boutique hotel and restaurant.

The proposal has been greeted with concern in some quarters.

The Commission’s own inspector, in his report, recommended that the authorization be refused.

Over the past few days, people have taken to social media to voice concerns about the impact the development will have on Merchant’s Arch.

One person claimed on Twitter that the Council and Governing Council “have decided to demolish one of Dublin’s most iconic arches”.

Comedian Dara O’Brian said: “I can’t believe there is any serious consideration being given to replacing Merchant’s Arch in Dublin with (yet another hotel).”

So what’s in the plan?

What is actually on offer at Merchant’s Arch, and how will development materially alter the area?

Merchant’s Arch not only refers to the physical arch leading from the docks, but also the walkway itself.

The site in question is located at the end of the alley. Tom Doone, owner of the Merchant’s Arch pub, got permission to develop there by Council earlier this year. 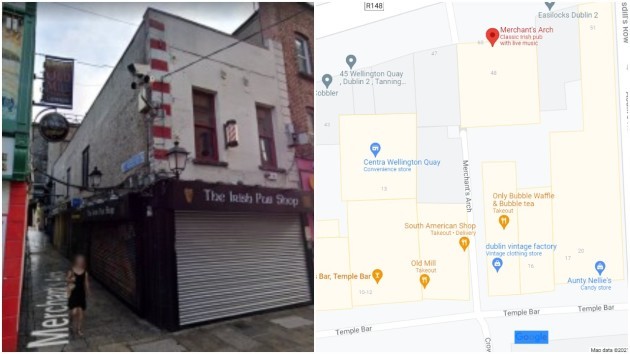 According to plans, the new hotel would replace this building (r). The merchant’s ark refers to both the ark itself and the aisle, as shown on the map above.

The development at 1-4 Merchant’s Arch will see the demolition of the existing two-story building above the basement, which is currently in use by a number of retail outlets.

These outlets are located on the left side of the lane if you cross the arch from the Liffey to Temple Bar. 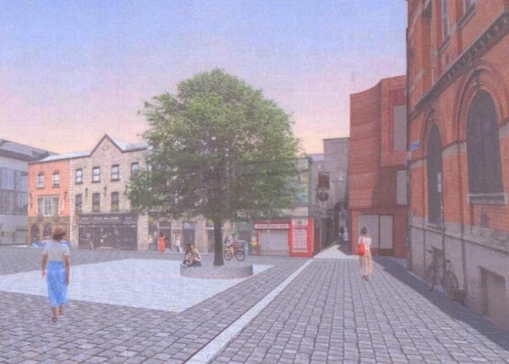 View of the proposed hotel from Temple Bar towards Merchant’s Arch.

According to the plans – which can be viewed here – the elevation from the ground floor to the driveway will contain the entrance to the hotel and restaurant and include art display cases.

The arch is part of the original Merchant Hall, which overlooks Wellington Quay, and was originally a guild hall. It dates back to 1821 and is where the Merchant’s Arch pub is located today.

The lane, which is also known as Merchant’s Arch, is a popular pedestrian route connecting the docks and Temple Bar.

View of the new hotel in the alley

It is important to note that while development will undoubtedly alter the appearance of the iconic artery, there is no proposal to “demolish” the ark itself.

No news is bad news
Support the journal

Speaking of Merchant’s Arch, a person can refer to the physical arch or the driveway / area itself, but that’s an important distinction in this case.

The arch, part of the former Merchant’s Hall building, is listed in the Council’s Register of Protected Structures.

The larger question concerns the material impact of the development on the area and whether this type of development is appropriate given the narrowness of the lane and what some activists claim to be a proliferation of hotels in the city of Dublin.

Looking south through Merchant’s Arch, the only 19th century guild hotel in #Dublin, to drawings by Frederick Darley, 1821

The buildings on the left, beyond the arch, will soon be replaced by another hotel. The homogenization of the city continues at a steady pace …#nightwalkdublin pic.twitter.com/5lm6zcQqjQ

In their report, An Bord Pleanála’s own inspector said: “It is considered that the proposed development, due to its height on narrow terrain and in relation to surrounding buildings, to scale, mass and volume of this prominent site adjoining the narrow and bustling Arch Laneway shopping street, a major pedestrian route from Henry Street north of the River Liffey via the Ha’penny Bridge to Dame Street in the south, would constitute a development that does not would not match the nearby development pattern and represent a visually jarring feature in the Temple Bar Conservation Area.

The proposed development would therefore seriously undermine the visual amenities of the area and would be contrary to good planning and sustainable development of the area.

However, the Council ultimately decided to give the green light to development and ruled that the proposed development “would not seriously undermine the character” of the area and that it would advance the objectives of seeking to promote and facilitate tourism. “including the significant increase needed in hotels, cafes and restaurants.”

An Bord Pleanála has in the past objected to reports from its own inspectors. An inspector’s report is ultimately a contribution to the final planning decision – in the case of Merchant’s Arch, the development was approved by two of the Council members after reviewing the inspector’s report.

Heritage watchdog An Taisce has since called the development “out of proportion and inappropriate for the region”.

In summary, while the proposed development would undoubtedly change the appearance of Merchant’s Arch (the walkway), there are no plans to “demolish” the arcade itself.

Zoom to display announcements to base level users, to display them after the meeting 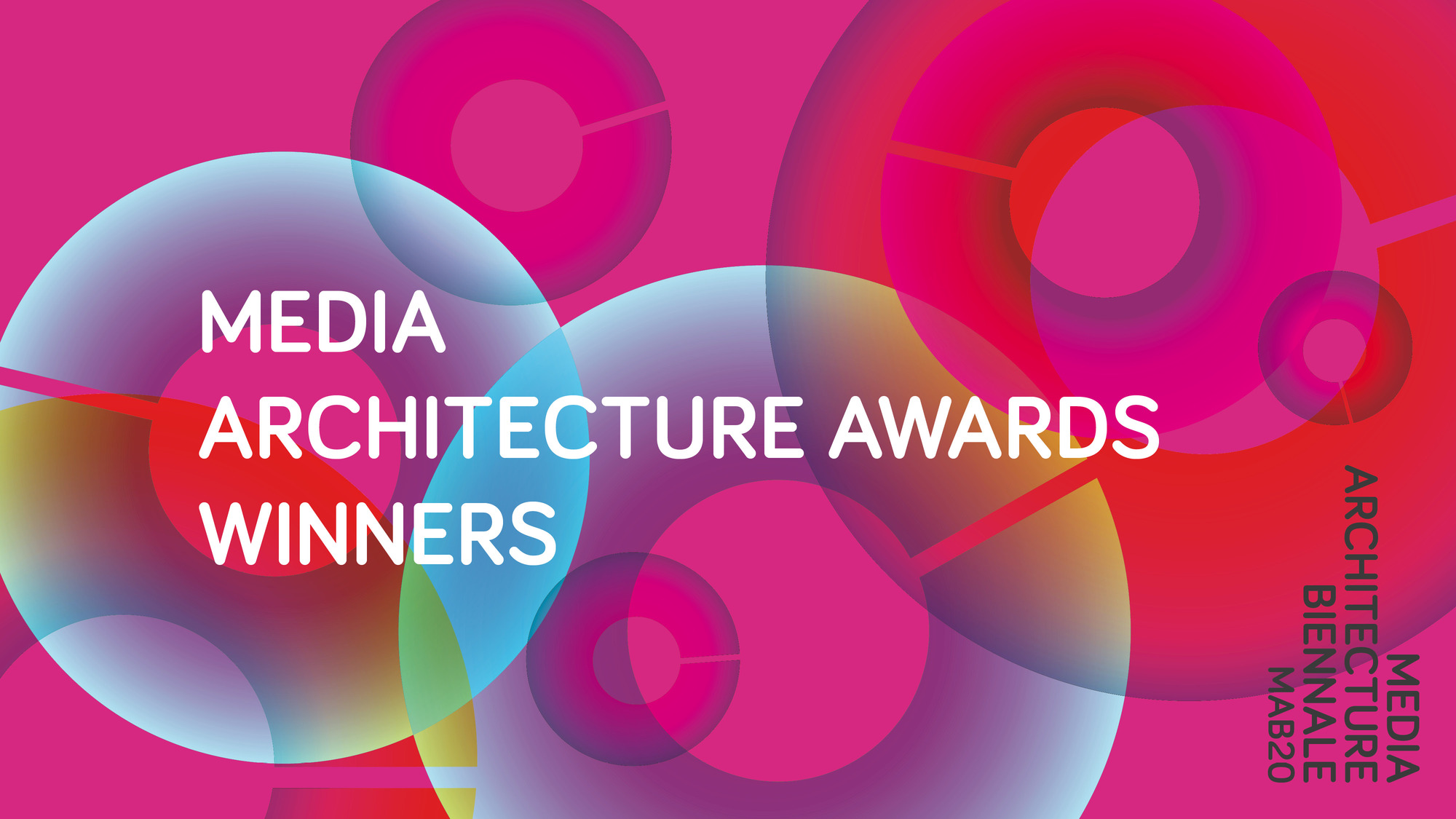